To share your memory on the wall of Charles Dozier, sign in using one of the following options:

There may be a delay while processing. Please do not click the back button or refresh while a payment is processing.

Your donation has been processed successfully

A receipt has been emailed to the address provided. A receipt may also be printed.

Print
Charles Raymond Dozier, Jr. passed away peacefully on March 1, 2021. He was born on Saturday, January 13, 1951 in Borger, TX to Charles and Bobbie Dozier. He grew up in Pasadena, TX alongside his older sisters Charolette and Patricia.

Ch... Read More
Charles Raymond Dozier, Jr. passed away peacefully on March 1, 2021. He was born on Saturday, January 13, 1951 in Borger, TX to Charles and Bobbie Dozier. He grew up in Pasadena, TX alongside his older sisters Charolette and Patricia.

Charles served in the United States Navy for four years (December 3, 1973 through December 2, 1977). He was a crew chief and flew search and rescue on a Bell 212 helicopter in Yosemite Park for the duration of his military career. He received a National Defense Service Medal and a Good Conduct Medal, which were amazing achievements. He proudly wore his Navy Veteran ball caps everywhere he went and would always thank a fellow veteran for their service when their paths crossed.

Charles (aka “Pops”) was very much a family man. Together with Carmen Dozier, he raised 4 children, Larry “Dennis” Wayne, Tracy Kay, Shannon Marie and Kasey Nicole.

Charles retired from Dow Chemical in 2002 and spent the last eight years residing with his daughter Tracy, son-in-law Waylon and granddaughter, Reese. They were a very close knit family and truly enjoyed spending as much time together as they could. One of his favorite past times was driving out to the San Jacinto Monument and watch the ships go by for hours with Reese.

Charles never met a stranger and as known to make people smile by handing out cinnamon candy to anyone he met. “Here is something to spice up your day” or “Have a sweet day”, he would say. His thoughtfulness and generosity was endless and it made an impact on everyone around him.

Charles was what you would call a gun enthusiast! He attended every Gun Show he could at the Pasadena Convention Center and even built several himself. He also loved taking relaxing rides on his motorcycle any time he got the chance.

He is preceded in death by his father, Charles Raymond Dozier, his mother, Bobbie Jean Dozier and his sister, Patricia Ann Dozier.
Read Less

To send flowers to the family or plant a tree in memory of Charles Raymond Dozier Jr., please visit our Heartfelt Sympathies Store.

We encourage you to share your most beloved memories of Charles here, so that the family and other loved ones can always see it. You can upload cherished photographs, or share your favorite stories, and can even comment on those shared by others.

With Much Love Lance, Jake, and Samantha Brown, Gary Personett, and other have sent flowers to the family of Charles Raymond Dozier Jr.
Show you care by sending flowers

With Much Love Lance, Jake, and Samantha Brown

With Much Love Lance, Jake, and Samantha Brown purchased flowers for the family of Charles Dozier. Send Flowers

Posted Mar 04, 2021 at 02:00pm
So sorry your loss, Pops was a amazing person and he loved his family like no other and was always there when somebody needed him. You walk in the room and he would smile and hug you and want to catch up. He will be missed.
Comment Share
Share via:
GP

Posted Mar 03, 2021 at 10:10pm
God Bless and Comfort all the Loved ones of Charles dad to Shannon. My deepest sympathy to Erik, Shannon and family

Bradford purchased the The FTD Deepest Sympathy Arrangement for the family of Charles Dozier. Send Flowers

Posted Mar 03, 2021 at 06:51pm
Tracy Kay, Your daddy was a wonderful loving uncle. I will always remember his love and devotion to family. One of the best!! 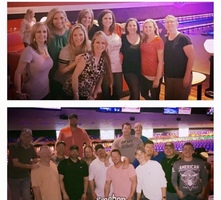 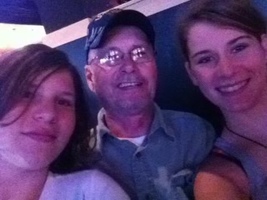 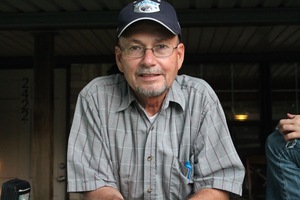