To share your memory on the wall of Everette Hewett, sign in using one of the following options:

There may be a delay while processing. Please do not click the back button or refresh while a payment is processing.

Your donation has been processed successfully

A receipt has been emailed to the address provided. A receipt may also be printed.

Everette and Wanell loved God and walked with Him their whole marriage. To tell their story is to tell of God’s grace, provision, and work in the world.

Everette is survived by his children and their spouses, Kenneth and Laura Hewett, Pamela and Donny Phillips, Everette Jr. and Michaela Hewett; grandchildren, Ben Hewett and wife Sarah, Andrew Hewett and wife Brittany, Sarak Phillips, Dominik Hewett and Eileen Hewett; great grandchildren; Parker and Levi Hewett; siblings, Dorothy Hamilton and Albert Hewett and many nieces and nephews, and a multitude of friends.
Everette is preceded in death by his parents Howard and Nellie Hewett, his wife, Wanell Hewett, his grandson, Jonathan Hewett and his siblings Hugh Hewett, Tom Hewett, Jack Hewett, and Joe Hewett.

A memorial service will be held in La Porte, TX in early Fall, date to be announced later.

To send flowers to the family or plant a tree in memory of Everette Howard Hewett Sr., please visit our Heartfelt Sympathies Store.

We encourage you to share your most beloved memories of Everette here, so that the family and other loved ones can always see it. You can upload cherished photographs, or share your favorite stories, and can even comment on those shared by others.

Posted Apr 28, 2021 at 09:53am
My sincere condolences to the Family of Mr. Everette Hewett Sr. and Mrs Wannell Hewett. Hold on to your Faith and may you find strength and comfort in knowing that your loved ones are at home with our Lord and Savior Jesus Christ. 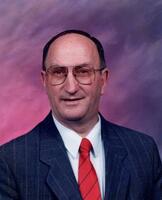 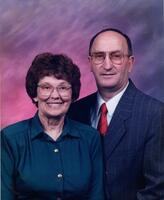